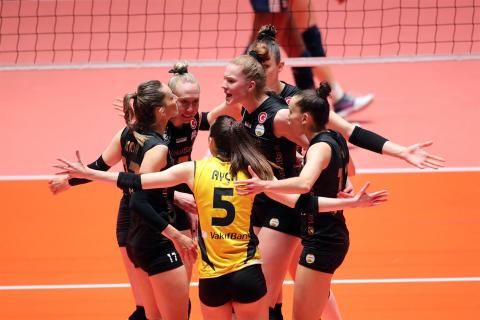 Turkish volleyball club VakıfBank won silver at the 2021 Women's CEV Champions League Volley on May 1, losing 3-2 to Italy's Carraro Imoco in the final.

"2021 Champions League Second Place! We are proud of you girls!," the Turkish team said in a statement.

The European Volleyball Confederation said it was the Italian team's fourth Champions League podium, after winning silver in 2017 and 2019 and bronze in 2018.

Clinching the Italy Cup and Italy Super Cup trophies, the team is currently club champions of the world, Europe and Italy at the same time, it added.