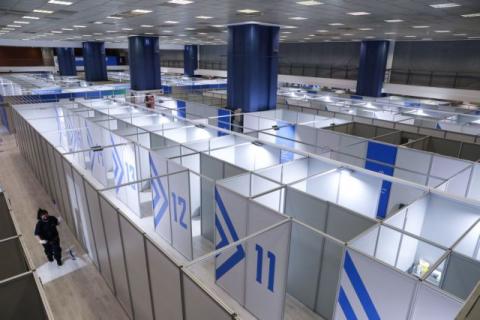 Anthropologists maintained from the start that the will to live will proves strong and capable of surpassing the threat of the public health crisis.

Indeed, after the initial shock and with the help of science, which managed swiftly to develop a number of vaccines, multiple restrictive public health measures were lifted and economic and social life are gradually returning to normal. If the vaccine rollout becomes more rapid, the situation will improve more quickly.

Already, the movement of people has substantially increased and despite the emergence of the more transmissible Delta variant, people are travelling, planning vacations, and participating more actively in a host of hitherto banned activities, including artistic and athletic events.

More rational citizens realised that the vaccines are effective, defeated fears, and greatly limited the prospect of grave illness from COVID-19. All around the world, vaccinated people feel more secure and free to move and act.

This has also been confirmed in our country. Economic activity has restarted dynamically and even the vulnerable tourism sector is rapidly reviving.

The latest data indicate that private consumption in the first quarter has increased by 8.5 percent, a nine percent rise over last year.

In the construction sector there was an impressive 40 percent rise and there is a 250 percent rise over the last year in traffic at our airports. That is reflected in tourism on the Greek islands.

Even Athens seems to be recovering as regards tourism as one witnesses the long queues in front of the Acropolis Museum and archaeological sites.

The common conviction is that...

Danaos Corporation – The participation of Giannis Koustas increased to 39%