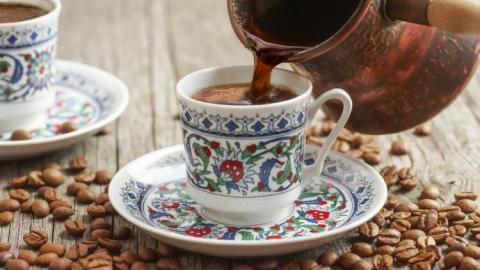 The young Turkish generation has expanded the diversity of coffee consumption in Turkey, preferring to drink filter coffees or espressos, but Turkish coffee is still the most consumed coffee, daily Milliyet has reported.

"After Y, we have generation Z in Turkey, but Turkish coffee is still the king," the daily headlined on Oct. 8.

According to Osman Serim, the deputy chair of Turkish Coffee Culture and Research Association (TKKAD), the average coffee consumption in Turkey, a country known as a "tea nation," has reached a kilogram per person.

"The consumption rate of Turkish coffee is around 70 or 75 percent. The rest are coffees made with foreign methods," he told Milliyet.

"There is an increase in filter coffee or espresso consumption, but comparing with the Turkish coffee, the rate is very low," he said.

"The young generation started drinking instant or filter coffees. But at the end of the day, we know they are also Turkish coffee enjoyers," he added.

The key players of the sector called the Turkish coffee drinking group the "traditionalists."

"Y-Z generations pumped the variety of the coffee consumed in the country, but traditionalists mostly prefer Turkish coffee," said Ahmet Kireçcibaşı, the sales manager of a coffee brand.

The reason is that "Turkish coffee has been preferred in even the remote parts of the country."

Kireçcibaşı estimated the rate of Turkish coffee consumption as 85 percent, some 10 percent more than Serim.

Pıdık also remarked a change in coffee drinking habits due to the COVID-19 pandemic.