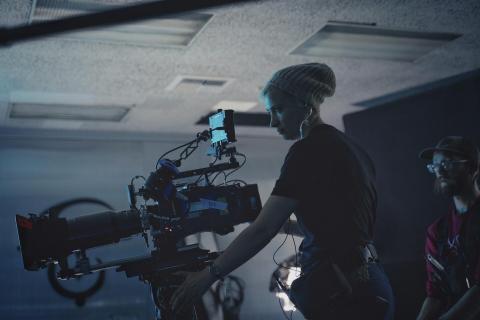 Hours before actor Alec Baldwin fired a fatal gunshot from a prop gun that he had been told was safe, a camera crew for the movie he was filming walked off the job to protest conditions and production issues that included safety concerns.

Disputes in the production of the Western film "Rust" began almost from the start in early October and culminated with seven crew members walking off several hours before 42-year-old cinematographer Halyna Hutchins was killed.

The crew members had expressed their discontent with matters that ranged from safety procedures to their housing accommodations, according to one of those who left. He requested anonymity for fear that speaking up would hurt his prospects for future jobs. Rust Movie Productions did not answer emails Friday and Saturday seeking comment.

At a rehearsal on the film set Thursday at Bonanza Creek Ranch outside Santa Fe, the gun Baldwin used was one of three that a firearms specialist, or "armorer," had set on a cart outside the building where a scene was being rehearsed, according to the court records.

Court records indicate that an assistant director, Dave Halls, grabbed a prop gun off a cart and handed it to Baldwin, indicating incorrectly that the weapon didn't carry live rounds by yelling "cold gun."

When Baldwin pulled the trigger, he unwittingly killed Hutchins and wounded director Joel Souza, who was standing behind her inside a wooden, chapel-like building.

Baldwin, 63, who is known for his roles in "30 Rock" and "The Hunt for Red October" and his impression of former President Donald Trump on "Saturday Night Live," has described the killing as a "tragic accident." He was a producer of "Rust."

Halls did not immediately return phone and email messages...