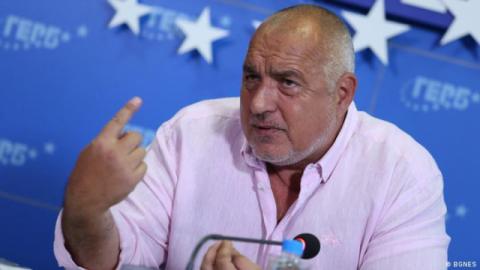 A former police officer who rose to become interior minister was paid by a well-known drug trafficker. This was established by the special services, the acting Interior Minister Boyko Rashkov announced to bTV, without giving names.

"An employee at lower levels 12 years ago was identified by the special services in unregulated contacts with a well-known drug trafficker. Materials were collected according to which he received a salary from him to do him services. Later, this person was promoted to the post of Minister of the Interior during Borissov's time. At the moment I cannot tell you the name of this Minister, as well as the drug trafficker. But the materials are in the Ministry of Interior, I looked at them personally and we will announce more information soon," he said. Rashkov clarified that the materials of the special services were not declassified, although the term for protection had expired.

There is currently data that smells like asphalt. A well-known road builder has transferred BGN 21 million to the UAE since the beginning of the year. It happened at the end of the last government of Boyko Borissov - was the other news announced by Rashkov.

"Whether the funds are legal and many other revelations will be announced in a few days," he added.

According to him, this is one of the owners of companies that have built lots of roads in our country and have not appeared in person at the Ministry of Regional Development and Public Works to prove with documents whether the state owes them money.

"And they sent workers with heavy equipment, which damaged the pavement in Sofia. It will become clear in a few days whether the money is legal and we will announce other revelations that...