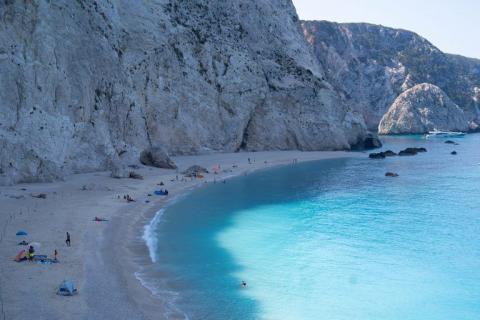 Mr. Pipinis stated that in order to promote tourism in Latin America, EOT opened an office in Madrid with the aim of also approaching the Latin American market.

"The Latin American market is unknown in Greece, but I think we need to invest in it. It is an investment that can pay off in the long run," he said.

He then stressed that we must open the Greek market to other countries and invite more tourists than usual (USA, Russia) and said that before the pandemic Greece received an average of 200,000 tourists from Latin America and the goal is for this the number should double.

Mr. Pipinis said that he has submitted proposals that if approved will bring results and at the same time in this plan to include other parts of Greece,besides well known venues such as Mykonos and Santorini.

A typical example is Lesvos, which offers alternative forms of tourism (geotourism, religious, gastronomic) throughout the year.

Finally, he said that our country is trying to stimulate the political dialogue with Latin America, with Mr. Pipinis recently raising the issue of Turkish provocation.