EU Commissioner: By Adopting the Euro Bulgarians will have their Voices Heard 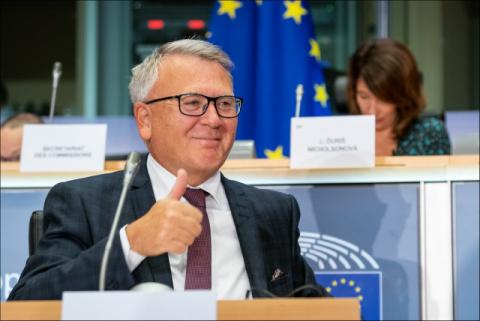 "Bulgaria is expected to receive 11 billion euros through the EU for the next 7 years", announced on Nova TV the European Commissioner for Jobs and Social Rights Nicolas Schmit. He clarified that it is about signing the Partnership Agreement and that a year has passed.

"This is very important for the modernization of the Bulgarian economy and society. It will facilitate enterprises, transactions and improve economic integration," Schmit said.

He praised Bulgaria's actions in the refugee crisis with Ukraine. "I feel that the government and the authorities have done very well. Because this is an exceptional situation," said the European Commissioner and stressed the huge number of refugees.

"We have put in place the Protection Directive, which lists certain rights. The first is access to labor. We know that the majority of refugees are women and children. That is why it is very important to declare that we are protecting women and children. The second most important thing is to provide education for children. Because they should not be punished twice. They must have the opportunity to be educated. We in Europe guarantee them first education, childcare, and opening up the labor market."

According to him, Bulgaria has already requested certain financial resources for the "Care" program, which will provide more than 10 billion euros to member states that accept refugees. "I plead for special support for those countries in the region that welcome Ukrainian refugees," Schmit said.

He also answered questions about Bulgaria's entry into the Eurozone. "Bulgaria's financial situation is very good, extremely good compared to other countries in the Eurozone - you have a low level of foreign...

"The world is threatened by a catastrophe like Chernobyl" VIDEO