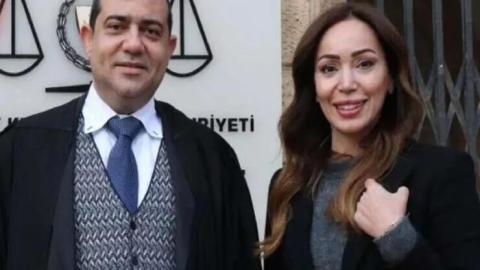 A businesswoman from southeast Türkiye, who won a 4.5 million Turkish Liras ($240,820) jackpot in Turkish Cyprus in 2016 but was not paid due to "technical malfunction in the machine," has won a six-year legal battle when the court ruled that the prize be paid with statutory interest.

After the decision of the court in Nicosia, Gözde Şafak Sezer thanked the justice in Turkish Cyprus for the decision.

Sezer visited Turkish Cyprus on April 28, 2016, and won the jackpot of over 4.5 million liras in the casino of a hotel.

Describing her struggle as a long process of six years, Sezer noted that she set out by trusting the judiciary in Turkish Cyprus.

"I was upset when I was told that the jackpot would not be paid. When I said, 'I will apply for legal process,' they told me that I would not get results. But I didn't give up and I finally won," Sezer expressed.

The court ruled that the award of 4.5 million liras should be paid together with interest. In this case, it is estimated that Sezer will receive a payout close to 9 million liras ($482,000).

Providing information about the court process, her lawyer Doğu Abidin said that a team of experts from the company in Spain that manufactured the machine came and prepared a special report.

Stating that his client took a photo of herself when she won the prize on the machine, Abidin said, "They gave 4,500 liras ($240) instead of 4.5 million liras, saying that there was a technical problem."

"The decision was a new year present for me," Sezer expressed.

Russians flocked to north of Cyprus

Key meeting next week for Electricity Authority of Cyprus