AGERPRES correspondent Ivan Radev reports: The turnout at the polling station opened at the Romanian Embassy in Sofia - the only where Romanian nationals on the territory of Bulgaria can exercise their right to vote in the 2014 European elections - remains low.

Head of Romanian diplomacy Titus Corlatean discussed, on Sunday, with his Norwegian counterpart Borge Brende about the excellent relations between the two states and strengthening economic ties.

The Romanian capital's Mayor Sorin Oprescu said after casting a ballot in Sunday's elections for the European Parliament that he had voted for the Romanians to take the place they should have in Europe.

Spokesperson of the opposition's Democratic Liberal Party (PDL) Adriana Saftoiu on Sunday told AGERPRES that she voted for Romania to stay in Europe.

Voter turnout in the Sunday's elections for the European Parliament in Romania as of 4 p.m. EEST was 18.41 percent, according to data released by the Central Electoral Bureau (BEC).

Voter turnout in the Sunday's elections for the European Parliament in Romania as of 1 p.m. EEST was 12.54 percent, according to data released by the Central Electoral Bureau (BEC). 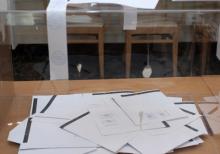 As Bulgarians are voting in the European Parliament elections on Sunday, the first overseas polling station to open was the one in Tokyo.

At 5 am EET on Sunday, the polling stations in Russia, Afghanistan and the United Arab Emirates opened, according to reports of news.bg.

President Traian Basescu stated that he voted for a new political party he hoped to continue with the process of reform of the state and advised those who didn't have a political option to show up at the polling stations anyway, even if it would be just to cancel their ballot, since a good turnout will still prove that Romanians are interested in the EU.

The honorary President of the Social Democratic Party (PSD), Ion Iliescu, said that it is very important for Romanians to show up and vote on Sunday, so that the country can consolidate its status in the European Parliament as a full member of the European Union.

National voter turnout in the Sunday's European elections in Romania as of 10:00hrs, EEST, was 4.61 per cent, according to data released by the Central Electoral Bureau (BEC).

The turnout in the urban areas was 4.30 per cent, while in the countryside it reached 5.03 per cent.

MEP Daciana Sarbu voted on Sunday at School No. 17 in Bucharest, along with Prime Minister Victor Ponta and their daughter Irina.

"I have voted with the conviction that wonderful things can be done for our country," said Daciana Sarbu, adding that she hoped as many people as possible would turn out to elect their representatives in the EP.

Prime Minister Victor Ponta cast his vote in the elections to the European Parliament at Elementary School No 17 of Bucharest, on Sunday, accompanied by wife Daciana Sarbu and daughter Irina.

The Civic Force's President Mihai Razvan Ungureanu said he voted as a responsible citizen, certain that Romania's fate depends on that of Europe and that "we all could contribute to our welfare, if we knew to be Europeans."