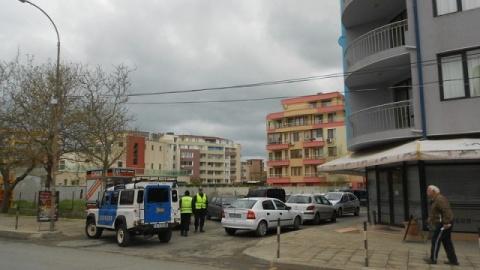 Police outside the home of eight-year-old Alexandra in Pomorie. Photo by BGNES.

The eight-year-old daughter of Pomorie-based Bulgarian businessman, Veselin Todorov, who has gone missing on Thursday, was found dead.

According to Interior Ministry reports, the child was a victim of a murder and the authorities have detained a woman with the initials A.G..

Alexandra, a third-grader at the Ivan Vazov elementary school, has gone missing after classes on Thursday.

Her father, Veselin Todorov was born in Pomorie. His business is related to sales of properties on the Bulgarian Black Sea coast. He was also owner of a pawnshop. In 2010 he was arrested for usury together with a number of his allies, including his son, Metodi. Apart from charging sky-high interest rates, the gang had a practice of abducting their victims and subjecting them to torture.

The investigation is still ongoing.