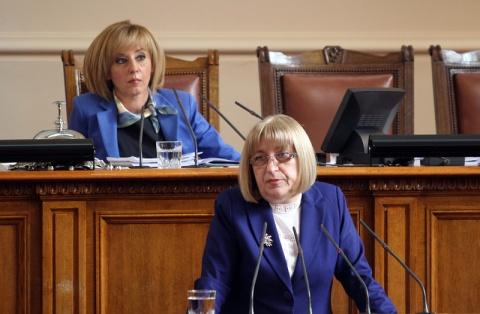 Bulgaria's Parliament set up a temporary committee to investigate “the activities of the EDCs and the concessioners and their unauthorised contacts with politicians”.

The committee was set up upon a motion by the far right party Ataka, supported by the ruling Bulgarian Socialist Party (BSP), and, according to the  Bulgarian-language media is mostly aimed at President Rosen Plevneliev.

The committee, approved by a vote of 116 in favor, is chaired by Ataka MP Magdalena Tasheva and has a three-month term.

The opposition MPs were against the setting up of the committee.

The deputy whip of the former ruling party GERB Tsetska Tsatcheva said that there was a deal between BSP and Ataka in return of Ataka's support for the BSP-led government and claimed it was clear that electricity prices will go up, but after the European elections. “Why don't you just say it straight that this committee is against Rosen Plevneliev”, Tsatcheva said.

The Ataka MP Ilian Todorov said that it was not against Plevneliev, but against the electricity distribution companies (EDCs) who are a monopoly and torment the consumers with bad services.

In March Plevneliev, while on an official visit to Vienna, had a meeting with EVN Bulgaria chairman of the board of directors Stefan Siskovic. The meeting   was days after the Bulgarian government threatened the EDCs to strip them of their licences and certain Bulgarian-language media speculated that the meeting was secret and accused Plevneliev of back room machinations.

The President's press office said the public was not informed of the meeting beforehand, as it was not initially included in Plevneliev's program for the visit.