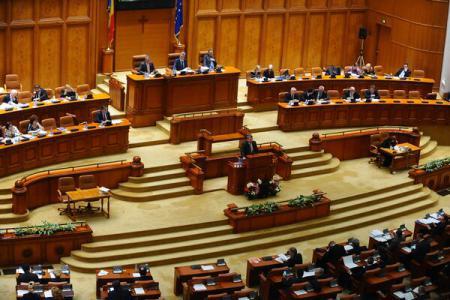 The presidents of the US Congress Group of Friendship with Romania (the Congressional Romania Caucus) and the Pro-America Group of the Romanian Parliament adopted on Tuesday a common declaration welcoming the presidential election in Ukraine and strongly disapproving the aggression of the Russian Federation against this country by the annexation of Crimea and the destabilization of southern and eastern Ukraine.

"We hail the presidential election in Ukraine, an important step towards defusing tensions and restoring security for all Ukrainians, we strongly disapprove of the Russian Federation's aggression against Ukraine, the annexation of Crimea and the destabilization of southern and eastern Ukraine, we firmly reject a return to the policy of influence spheres the Russian Federation is trying to promote in the former Soviet region," reads a release of the Chamber of Deputies to AGERPRES.

According to the cited source, the chairs of the two groups, "deeply concerned about the possible expansion of instability to the Republic of Moldova," encourage the Governments in Kiev and Chisinau to adopt a policy of national cohesion and identify national values and projects to work upon together with the parliamentary opposition, in full compliance with the constitutional framework.

The two groups voice their support for the continuation of the dialogue between the United States, the European Union, Ukraine and the Russian Federation with a view to preventing the outbreak of a civil war in Ukraine, for the further imposition of sanctions by the U.S. Government and by the governments of the European Union on the Russian Federation, should Moscow not take action to defuse the situation, for increasing the military presence of the U.S. and...