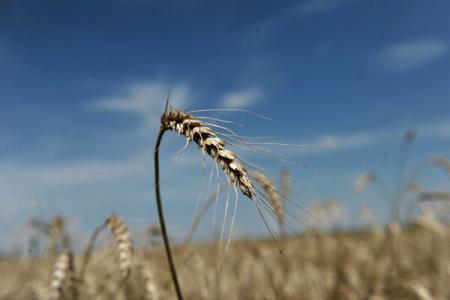 "The agricultural production is good and places Romania on the top positions among the countries of Europe. We speak of 7.37 million tonnes of wheat production this year, out of more than eight million tonnes that were anticipated. The oilseed rape crop is the best production in Romania's history, but still not reaching the maximum potential that we have. The production amounts to 1,089,000 tonnes, equalling 2.5 tonnes per hectare. Only 12 percent of the total quantity of maize has been harvested up until now. By production, with 2.5 million tonnes harvested, Romania ranks first, but by yield we are far from the first place, unfortunately. In the last years, the average yield per hectare was of 4 — 4.5 tonnes, while in France there are 8 tonnes per hectare and in Belgium 11 tonnes per hectare", Constantin said.

As for the exports, the minister stressed the commercial balance is positive after many years, the exports standing at two billion euros by mid-year, up by 200 million euros from the first half of 2013.AGERPRES