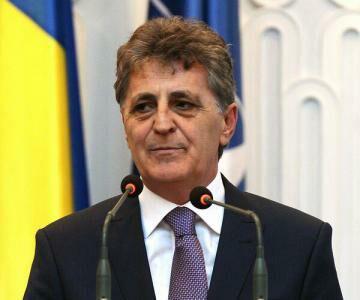 National Defence Minister Mircea Dusa at the National Defence Ministry (MApN) headquarters on Thursday received German armed forces Chief of Staff, General Volker Wieker. In the meeting they approached topics related to the evolution of the security situation in the extended Black Sea area and the implementing of the reassurance measures in a bilateral context, but also within the North Atlantic Alliance.

"We created the legal framework necessary to establish the integration of the NATO Force Integration Units (NFIU) and the Multinational Division-Southeast Command (MND-SE) in Bucharest, in the spaces of some existing commands, which ensure the conditions imposed by NATO," Minister Dusa said, according to a release, referring to the two NATO command structures that will operate on Romania's territory.

Other topics approached were related to the development of the NATO capabilities and the preparation of the Foreign Affairs Council meeting of the European Union in the defence ministers format, of May, and the European Council meeting devoted to security and defence, which will take place in June, MApN informs.

"The process of implementing the Framework Nations concept, launched by your country, registers significant progress. The great number of participants from among the allies proves the viability of this initiative," Minister Dusa said during the discussions with General Wieker.