Putin says he is proud of daughters, but continues to be secretive 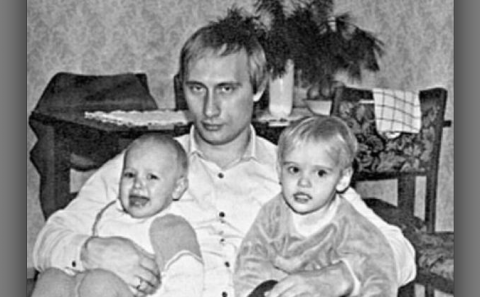 During his marathon press conference on Thursday, Russian President Vladimir Putin addressed rumors concerning the identity of his daughters. He said “they lived in Russia and steered clear business or politics.”

Notoriously secretive about his family life, Putin avoided questions of earlier reports by Reuters news agency identifying his daughter as Katerina Tikhonova, a senior Moscow State University employee and dancer. Reuters refered to multiple sources in its report, stating that the woman uses her grandmother’s surname and had described herself as the wife of Kirill Shamalov, a shareholder in the petrochemicals company Sibur.

He said that his daughters live in Russia and have never been educated anywhere except Russia. “I am proud of them, they continue to study and are working. They speak three European languages fluently,” he said. “They are taking the first steps in their careers, and are making good progress. They are not involved in business or politics.”

He cited security concerns as the reason he never discusses his family and said he did not intend to start doing so.