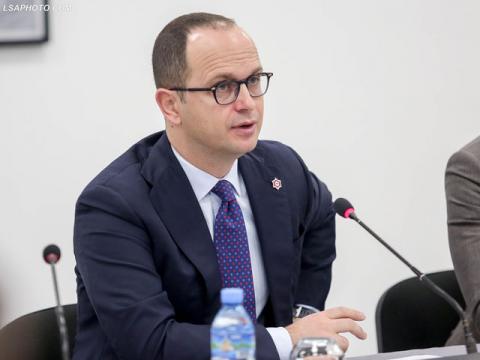 Albania's foreign ministry has condemned a wave of killings of Albanians in Greece and has urged the Greek Government to "stop the hate language that followed the events".

The latest victim was an Albanian aged 18 named Marios Isak, who was found dead in Kavala, northern Greece on Tuesday. The circumstances of the murder are unknown. He was the fourth Albanian killed in Greece in the last month.

Last week, a 63-year-old Albanian emigrant was found dead on the island of Corfu. Greek police said they had arrested a 44-year-old suspect over the case. No motives for the crime were provided but Albanian media maintained it was linked to the ultra-nationalist Golden Dawn movement.

The ministry said it "strongly condemns the extremism and hate language that has followed these events and calls upon Greek authorities to condemn and stop any attempt by Golden Dawn or other extremist segments to violate the security and dignity of Albanians that work and contribute to this neighboring country.

"We should not become accustomed to their xenophobic calls through communication channels, or to the pathetic and nationalist victimization of some who do not miss any chance to attack Albania on a European level," the statement added.

Relations between Albania and Greece were strained last month when Albanian police shot dead Kostandinos Kacifa, 35, an ethnic Greek Albanian, after he opened fire with a Kalashnikov on 29 October.

Greek-Albanian relations have traditionally been poor. Greek nationalists have long laid claim to southern Albania, and Greece expelled thousands of ethnic Albanians after World War II, claiming they had supported the occupation.

However, Albanians have poured back into Greece since the fall of communism. About 600,000...