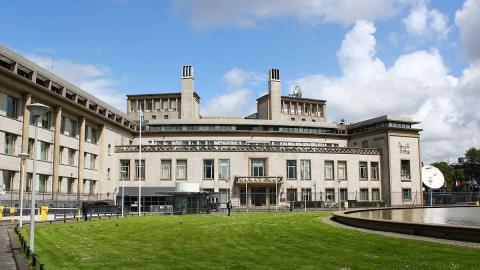 Serbian Radical Party MP Vjerica Radeta told BIRN that she and her party colleague Petar Jojic will not go to the The Hague voluntarily to face trial for contempt of court, despite the latest ruling by the UN's Mechanism for International Criminal Tribunals.

The Mechanism for International Criminal Tribunals said on Tuesday that it will return the legal proceedings against the two ultranationalist politicians from Belgrade to The Hague because witnesses were unwilling to reveal information to the Serbian authorities out of fear for their lives and safety. It called for their immediate arrest.

But Radeta declared that whatever the Serbian authorities decide to do about the case was "not my problem".

"I will not contact anyone from state institutions regarding the decision; I simply don't care about it," she said.

Jojic and Radeta are charged with contempt of the Hague court by interfering with witnesses at the trial of their party leader, Vojislav Seselj.

They are accused of threatening, blackmailing and bribing witnesses to either change their testimonies or to not testify at all.

Seselj was convicted of war crimes in April 2018 and sentenced to ten years in prison, but will serve no jail time because of the years he spent in custody prior to sentencing.

Radeta argued that she and Jojic are protected from extradition by the Serbian constitution and by a ruling from Belgrade Higher Court in 2016 that said there were no legal grounds for extraditing the Radicals because Serbia's Law on Cooperation with the Hague Tribunal only obliges Belgrade to extradite people charged with war crimes, not those charged with contempt of court.

BIRN contacted the Serbian Justice Ministry for a comment, but received no reply by the time...