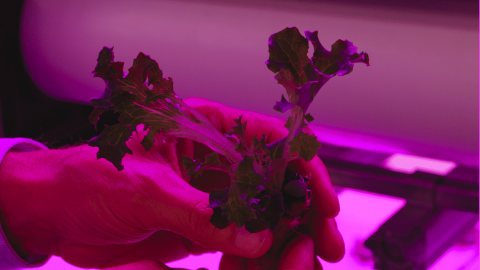 The biggest architecture festival in Kosovo has opened its seventh session, with two documentaries and a lecture from Italian photographer Jessica Bizzoni on the disturbing impact of electric light on our planet.

"Electric light is a man-made aurora," Bizzoni, 29, said during her presentation at the Kino Armata on Thursday, discussing her own photographic project, called Electric Sun.

This explores night-scrapes and daily lit environments, investigating the blurred boundary between the technosphere and biosphere.

She collaborated with astronomers and traveled between cities to follow light. She said she went from big cities to places in the middle of nowhere in search of man-made auroras. "Lights create an identity for a city," Bizzoni observed. "Electric light surrounds us in many ways, becoming our second nature," she noted.

Bizzoni also spoke about the impact of light on animals and the human ecosystem. She explained how moths and plants grew faster in artificial light, as they were tricked by it, as if it were real sunlight.

On the other hand, she explained, butterflies were impacted negatively, because the light of cities confuses their biological rhythms. By night, when they are supposed to take rest from traveling to mate, they continue flying because they think it is still day. This causes them to weaken and die faster.

The festival continues until October 1 with different architects and artists expected to take part. Celine Baumann, a French landscape architect based in Switzerland, is due to hold a lecture that questions the notions of inclusivity, gender and social equality through an intersectional lens.