Today Is the European Chocolate Day 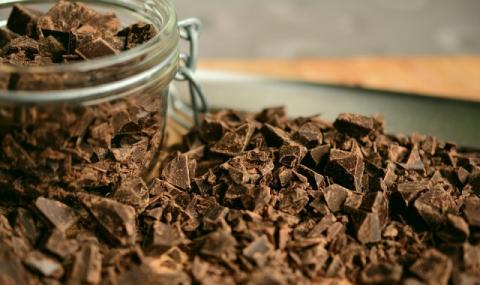 7 July is the European Chocolate Day. The date was chosen because at that time in 1550 the first batch of chocolate from America to Spain was delivered. The Aztecs called the cocoa beans a "food for the gods" and used them as a means of payment. The chocolate is one of the most popular foods, and the likelihood of ever getting out of fashion is zero. The latest scientific research confirms the benefits of a sweet temptation for health.

Australian scientists have confirmed the benefits of chocolate against high blood pressure. Their analysis of 15 studies has shown that one piece per day has the same effect on blood pressure as a half-hour workout. Chocolate, and especially the dark one, contains chemicals known as flavanols. They expand the blood vessels in the body, facilitate the passage of blood through them and lower the pressure.

The daily consumption of small amounts of chocolate protects the heart from heart attack and stroke. The darkest variety of the sweet temptation is most useful. Dark chocolate with a high percentage of high fat cocoa, which is a healthy raw material, contains a lot of magnesium, which also has a good effect on the brain activity. That's why a block of dark chocolate in the afternoon can be a great tool against the mental and physical fatigue that catches people at this time of day. It raises blood sugar and revives the mind. According to modern statistics, in the course of his life, one man consumes an average of about 10,000 chocolate blocks.