Scientists: 200 Billion Tonnes of Ice Have Melted in Greenland 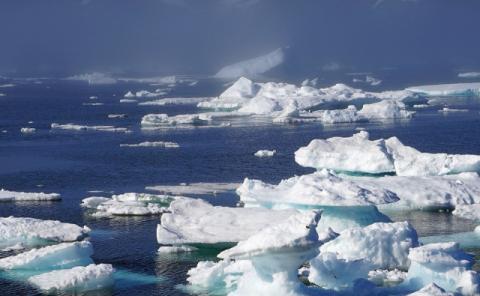 Because of record high temperatures in July, glaciers have lost a huge amount of their volume, NOVA TV reported.

Scientists from Denmark's Meteorological Institute  reported that over 10 billion tonnes of ice have melted in Greenland in just one day.

Because of record highs of over 20 degrees in July, glaciers have lost enormous amount of their volume.

Scientists estimate that nearly 200 billion tonnes of ice have turned into water throughout the month.

Greenland's Largest Airport Is Closing due to Climate Change

Capturing the ever-changing icebergs of Greenland

Trump cancels Denmark visit over after rebuff over Greenland

No Trump hotel for Greenland, US president promises