Over 100 migrants rescued overnight, as more transfers in the works 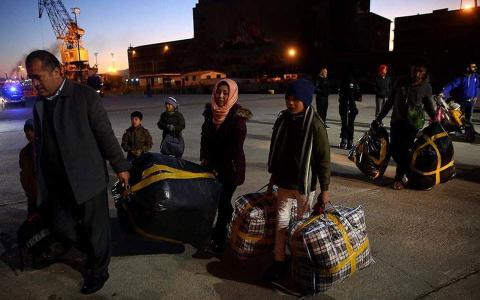 Greek coast guards rescued 104 refugees and migrants in three separate operations in the eastern and southeastern Aegean in the early hours of Sunday, just as authorities are planning to transfer 570 asylum seekers from the island of Lesvos to the mainland.

The first rescue concerned an inflatable boat carrying 40 migrants from Turkey that was spotted off the coast of Farmakonisi. Another 45 people were rescued east of the same island a few hours later, while and additional 19 were brought safely to land after being seen sailing north of Samos.

On the island of Lesvos, in the meantime, 570 asylum seekers from Moria were getting ready to board a ferry on Sunday afternoon so they can be transferred to a facility in Vagiochori in central Macedonia as part of an ongoing effort to ease pressure on the overcrowded island camp.

Official figures showed that there were...