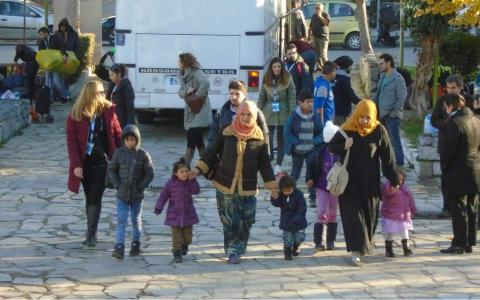 The Greek government is under growing strain over immigration amid ongoing protests against plans to create at least 10 closed pre-departure centers across the country coupled with a delay in the disbursement of European Union funds for that purpose.
Meanwhile tension at existing hotspots is brewing. A 17-year-old Afghan girl was hospitalized in serious condition on Monday after being stabbed by a 20-year-old fellow Afghan at Lesvos' Moria camp. The attacker was arrested.

On Sunday, newly installed Migration and Asylum Minister Notis Mitarakis was heckled by locals during visits to Lesvos and Samos.

During his trip, Mitarakis stressed that reducing immigration flows is a top priority of the government. However, a general strike is planned on the Aegean islands on Wednesday in response to its perceived failure to do so.

Meanwhile, a survey by the diaNEOsis...

Crucial week ahead for migration plan

Back to square one?