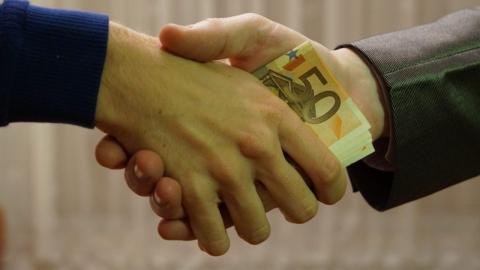 "There is no external pressure to encourage change; the [European] Commission, for example, has abolished the anti-corruption reports it once had."

Responsibility for the fight, Ivkovic Novokmet said, had fallen on institutions now firmly in the hands of the conservative Croatian Democratic Union, HDZ, in power since January 2016.

"The few remaining independent institutions are systematically undermined by the government," she told BIRN.

In late December, Plenkovic was forced to defend HDZ's record on corruption on the day that former party leader and prime minister Ivo Sanader was found guilty in the first instance of accepting a bribe of 10 million euros to grant Hungarian oil and gas company MOL a controlling stake in Croatian energy firm INA.

Sanader was first arrested in late 2010, shortly after leaving office as PM, in what was seen at the time in a signal to the EU of Croatia's seriousness about rooting out graft as it sought to join the bloc.

Plenkovic said his own government's commitment to the anti-corruption fight "could not be clearer". The conviction of Sanader, he argued, was "evidence of the independence of the Croatian judiciary from the influence of politics."

Sanader can still appeal the verdict. He was jailed in April last year after the Supreme Court confirmed a previous ruling against him in another...

The earthquake in Zagreb destroyed walls and roofs VIDEO / PHOTO