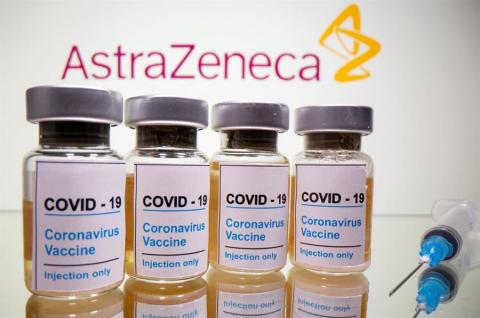 The British government said on Nov. 27 it has asked its independent medicines regulator to assess AstraZeneca's coronavirus vaccine as part of the formal approval process for the drug to be rolled out by the end of the year.

More than 1.4 million people have died since the novel coronavirus emerged in China late last year, and three drug developers - Pfizer/BioNTech, Moderna and AstraZeneca/Oxford University - are currently applying for approval for their vaccines to be used as early as December.

AstraZeneca has completed Phase III clinical trials of its vaccine, the last stage before regulatory approval.
But under British rules, the government must also ask the independent Medicines and Healthcare products Regulatory Agency (MHRA) to greenlight the drug.

"We have formally asked the regulator to assess the Oxford/AstraZeneca vaccine, to understand the data and determine whether it meets rigorous safety standards," said Health Secretary Matt Hancock.

Britain has secured access to 100 million doses of the vaccine produced by the British drug manufacturer in partnership with the University of Oxford.

The department of health has said it expects four million doses of the shot to be ready for Britain by the end of the year and 40 million by the end of March 2021.

Earlier on Thursday, AstraZeneca said further research was needed on the vaccine, but the additional testing was unlikely to affect the approval process.

The AstraZeneca vaccine has shown an average 70-percent effectiveness.

But that rate jumped to 90 percent when an initial half-dose then a full dose was given, similar to that in rival vaccines in development by Pfizer/BioNTech and Moderna.

U.S. scientists have said the higher rate of...

Turkey plans to start vaccinations at nursing homes this week

External assets at $228.6 bln in November