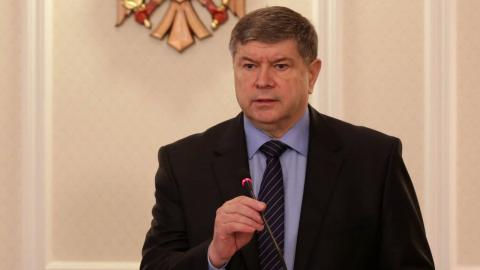 Former ambassador Andrei Neguta was detained on Monday evening but denied prosecutors' claims that he was involved in smuggling anabolic steroids from Moldova to the Russian Federation.

However, prosecutors decided to detain him for 72 hours while reviewing the evidence.

On December 5, the Intelligence and Security Service, together with the Customs Service, thwarted an attempt to smuggle steroids across the southern border of Moldova with Ukraine in Palanca.

The pharmaceuticals were found in a minibus with diplomatic licence plates which belongs to the Moldovan embassy in Moscow.

According to estimates, the value of the seized steroids was over 8 million lei - around 400,000 euro.

Moldova is among the world's top producers of anabolic steroids, which are in high demand on the black market worldwide.

There have been a series of high-profile cases involving the trafficking of anabolic substances in recent years in Moldova, mostly due to corruption, lax legislation and the fact that it is easy to secure political protection for criminal activities.

Steroids are also smuggled abroad in postal envelopes and packages delivered by the Moldovan Postal Service.

Athens eyes even stronger ties with US