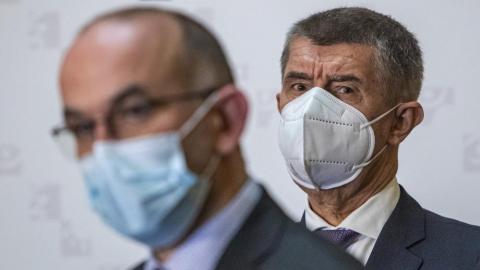 The Slovak-born Babis is well aware that a delivery of Sputnik V just helped depose the prime minister of his mother country, but he's also eyeing his rapidly dwindling popularity ahead of the Czech elections in October and the likelihood that he'll have to rely on Zeman's Machiavellian manoeuvres if he wants to head the next government.

Still, seeking to avoid looking like Zeman's errand boy, the prime minister initially insisted that he planned no shuffle of the cabinet; just two weeks later he was blaming Blatny's demise on "PR and communication failures".

The wily Zeman is happy to keep the prime minister on the back foot however, and he stated bluntly that it was Blatny's opposition to the Russian and Chinese vaccines that sealed his fate. "Anyone who does this," he said ominously as he appointed Petr Arenberger as the new health minister, "is harmful to the Czech Republic and bears shared responsibility for people who are dying."

Zeman, did not, however comment on reports that Babis recently turned down offers from the EU of an extra 70,000 Pfizer doses and up to 750,000 AstraZeneca doses in a misguided push alongside Austria and Slovenia to get the bloc to rejig its distribution system to favour smaller countries.

The press leapt on the story of course; the prime minister's response was to swiftly offer Czechs the prospect of an imminent reopening of the country. Having been hit by the third wave of the pandemic early, Czechia has finally shrugged off its crown as the world's worst-hit country and infection numbers are now falling somewhat. Babis is now proffering a lifting of the stricter lockdown measures rolled out at the start of March, meaning people will from April 12 be free to travel between districts, schools will start...