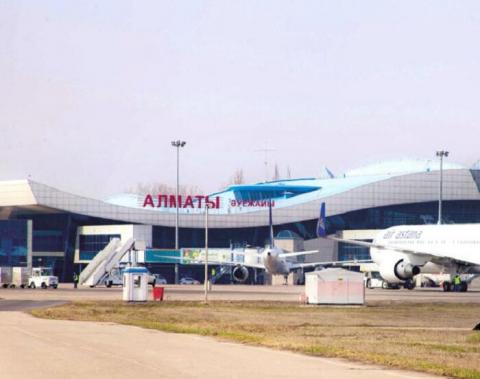 The airport's capacity will be doubled with a $200 million investment to build a new international terminal, the operator said in a statement on April 30.

The investment is planned to be completed in less than three years.

Almaty is the first airport in TAV's portfolio where the company owns the airport instead of a time-limited concession as well as the 15th in its global network in nine countries.

The company will also promote Almaty and Kazakhstan with their rich cultural heritage and diverse tourism opportunities, Şener pledged.

"Our expertise in route development will help to increase Almaty's connectivity to the world," he noted.

The southeastern province of Almaty - the country's former capital city - is a strategic junction along China's massive One Belt One Road project set to build trade routes with West Asia, Europe, and Africa.

The base of the flag carrier Air Astana, Almaty Airport served 6.4 million passengers in 2019, with a 13 percent increase compared to the previous year, the statement noted, adding the airport posted net profits in 2020 despite the traffic drop to 3.6 million in 2020 amid COVID-19.

Before the pandemic, Almaty was a major regional transportation hub...

"If the withdrawal of KFOR is requested..."