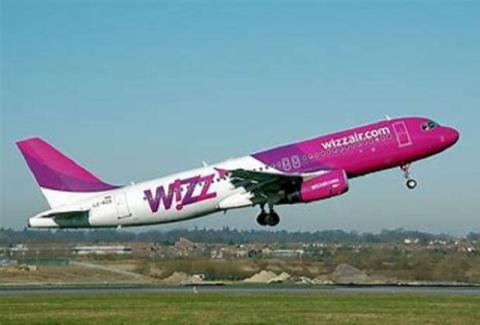 Wizz Air, the fastest growing airline in Europe and the leading carrier in Bulgaria, celebrated the opening of its first base in Burgas and third in the country. The base will be seasonal, with the airline basing one Airbus A320 aircraft at Burgas airport between June and September 2021.

With the creation of this new base, Wizz Air now offers a total of 16 routes from the coastal city, 10 of which are completely new, and will be launched in June 2021.The tickets are already on sale and can be booked on wizzair.com or on the airline's mobile app at prices starting from as low as BGN 38.99*

The official opening of Wizz Air's third base in the country is further proof of the airline's strong commitment to the Bulgarian market, it provides passengers with increasingly exciting, safe and affordable travel options.

The expansion of Wizz's route network from Burgas will also support the economic development of Bulgaria, contributing effectively to the development of local tourism by connecting the Black Sea city with these destinations and providing lucrative opportunities for passengers from all over Europe to fly directly to the Black Sea coast of Bulgaria, as well as lead to the opening of new jobs in the airline industry and related sectors.

The history of Wizz Air in Bulgaria began in 2005, when the first flight from Sofia to Budapest took off. Over the past 16 years, the airline has carried more than 19 million passengers. passengers to and from Bulgaria. As part of the expansion of its network, the carrier continues to be a market leader in Bulgaria and to increase its local operations.

The Airbus A320 aircraft, which Wizz Air will base on Burgas Airport, will support the operations of some of the new 10 routes to Dortmund,...