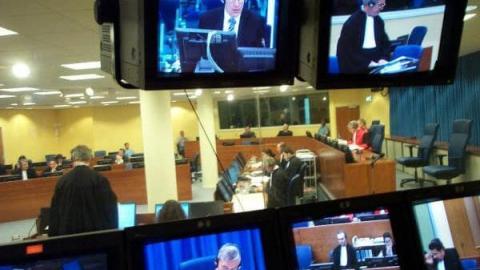 In an address to the United Nations Security Council a few hours after the final verdict convicting Mladic and sentencing him to life imprisonment, MICT president Carmel Agius said that the tribunal had taken significant steps to tackle impunity for war crimes.

"The issuance of the final judgment [in the case against Mladic] sends a strong message to victims of atrocities committed in the former Yugoslavia and elsewhere, that perpetrators of such heinous crimes will ultimately be brought to justice, regardless of their position or how powerful and untouchable they consider themselves to be," Agius said.

On June 30, the MICT will deliver the first-instance verdict in its final Yugoslav war crimes trial - the case against former Serbian State Security officials Jovica Stanisic and Franko Simatovic.

The ICTY and the MICT have so far sentenced 90 people to a total of 1,311 years in prison, plus seven life sentences, for crimes committed during the wars in the former Yugoslavia.

But although they have played an important role in prosecuting some of the worst crimes in Europe since World War II, such as the Srebrenica genocide, and contributed to the establishment of new legal standards, such as prosecuting rape during wartime as a crime against humanity, some governments in the former Yugoslavia continue to refuse to accept its judgments.