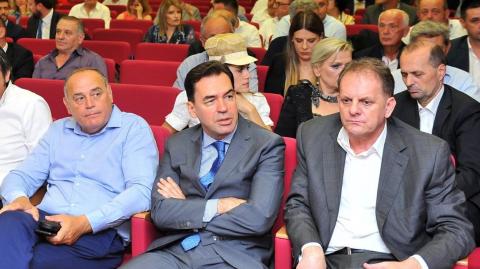 The Special State Prosecutor initially filed the charge in February 2019 after a video clip from 2016 surfaced in which Dusko Knezevic, chairman of the Montenegro-based Atlas Group, appeared to hand then-mayor Slavoljub Stijepovic, an envelope containing what Knezevic later said was $200,000 to fund election campaigns.

Knezevic, now believed to be in London, told media he had been giving the ruling Democratic Party of Socialists, DPS, led by President Milo Djukanovic, such sums for about 25 years, during which time the DPS had never been out of power.

The video clip caused a group of public figures, academics, activists and journalists called Odupri se! (Resist!) to launch protests in which tens of thousands of people took to the streets accusing Djukanovic and his DPS, of presiding over poverty, corruption and a loss of human rights and media freedoms.

The protests continued until May 2019 but failed to achieve early elections.

The DPS and Djukanovic denied any wrongdoing, saying all donations were recorded in the party's financial records.

In February 2019, the DPS was fined 20,000 euros and ordered to pay 47,500 euros to the state. But the Higher Court suspended the criminal proceedings against Stijepovic.

After an appeal by Special State Prosecution in April this year, the Higher Court decision to suspend the proceedings was revoked.

Stijepovic is now an adviser in President Djukanovic's office and an official with the Democratic Party of Socialists.