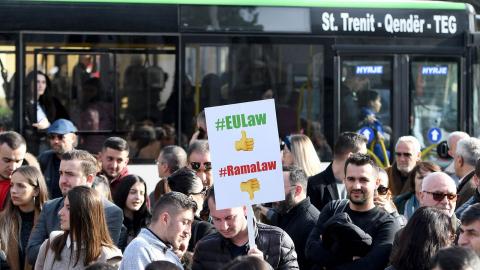 "The undersigned partners of Media Freedom Rapid Response today express serious concern over a new Media and Information Agency (MIA) established by the government of Prime Minister Edi Rama in Albania and urge the ruling Socialist Party to immediately cancel the establishment to ensure it will not be used to further solidify control over the flow of public information," the letter reads.

"We also urge the European Union to immediately engage with the Albanian government to raise these concerns as a matter of priority in future accession talks," it adds.

Plans for the agency were announced on 20 September. According to it, the spokesperson of the government will "will be at the same level as that of a state minister" and will hire and fire spokespersons of all state institutions and will also produce "audiovisual or press information" to be distributed for free and also "observe media and mass communication tools, to take note of the perception and views of the public towards the activities of [government] institutions and the public administration".

Albanian media dubbed the agency "a ministry of propaganda" and a "ministry of truth", though the government claims it has borrowed the model from German and Italian governments, which, according to it, have...