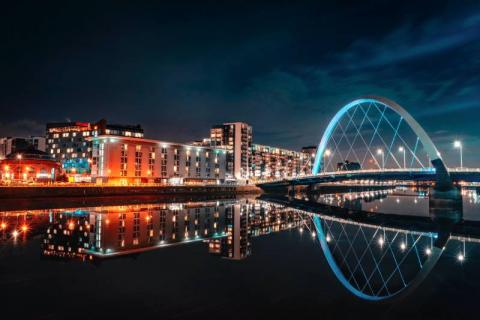 Ljubljana – Prime Minister Janez Janša will lead a sizeable Slovenian delegation to the COP26 climate conference in Glasgow, to be held between 31 October and 12 November. The roadmap posted on the government website estimates the cost at EUR 1.2 million, most of which is to be spent on an EU pavilion.

The conference will be aiming to finalise the Paris Rulebook, the rules needed to implement the 2015 Paris Agreement, and raise the general ambition to reduce greenhouse gas emissions and thus global warming to 1.5 degrees Celsius.

The conference will also address measures to adapt to the consequences of climate change and commitments to raise climate funding, mainly for the most vulnerable countries.

After the procedural opening of negotiations, COP26 will get under way with a summit of world leaders on 1 and 2 November and continue with negotiations at the technical level.

The second week will see a ministerial segment and a closing phase of negotiations at the political level. The conference will end with the adoption of a final report.

Janša will be heading the Slovenian government delegation at the leaders’ summit, whereupon Vizjak will take over from him for the second part of the conference.

The costs of the participation at the conference are estimated at EUR 1.2 million, the bulk of which the government says is related to obligations resulting from Slovenia’s role as president of the Council of the EU. It is mostly costs linked to the lease of space and equipment for the EU pavilion.

Slovenia will be representing the EU externally, leading talks with third countries and coordinating between EU member countries.