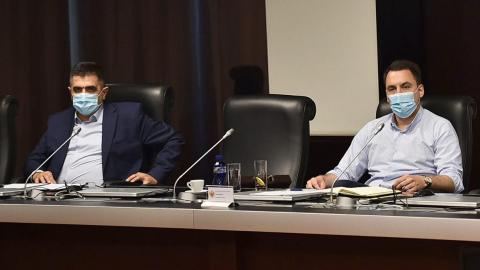 After a video of his suicide note was published on Tuesday, Abazovic told VOA: "I note with regret everything that happened to the former ANB official. Many times we warned that security structures are being used for political purposes. I just want to say that the new management of the ANB is there to reveal numerous misdeeds".

Bulatovic was found dead in his apartment in Podgorica. Media have since reported that he left two suicide notes, one to his family and the other to the Special State Prosecutor for organised crime, Milivoje Katnic.

Bulatovic was a senior intelligence officer who had worked for the ANB for 30 years. His suicide is being investigated by the Special State Prosecution.

On October 14, Special State Prosecutor Katnic questioned them about the lifting of the ban on the entry into Montenegro last December of the heads of the notorious "Janjicari" crime gang, Veljko Belivuk and Marko Miljkovic.

He is accused of five counts of aggravated murder, the illicit production, possession, carrying and trafficking of weapons and explosives, kidnapping and the unauthorised production and distribution of narcotics. Organised crime prosecutors on October 19 said they were also...