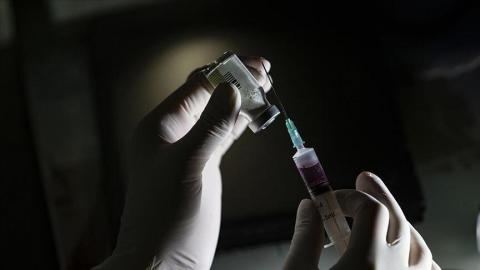 Turkey's health minister has urged those with chronic disorders to get their shots against COVID-19 to prevent experiencing the harsh symptoms of the disease as the country's inoculation drive continues.

"Be receptive about the vaccination if you have a chronic disease. Note that the desired result is obtained when the doses are complete," Fahrettin Koca said, noting that COVID-19 was more likely to be experienced severely when combined with chronic diseases.

He also pointed out that the vaccine was significantly effective in preventing the possibility of suffering severer symptoms of the disease.

Speaking about Turkey's vaccination campaign, Koca stated that the double-dose vaccination rate in the northwestern province of Kocaeli, a neighboring city of Istanbul, has exceeded 75 percent.
The minister said Kocaeli entered the blue category on Turkey's COVID-19 vaccination map.

The color-coded vaccination map assigns colors to provinces based on vaccination rates, with red indicating the highest risk and blue meaning the lowest risk in terms of infections.

The southeastern province of Şanlıurfa remained the only province in the red category on the map.
Speaking at an opening ceremony, Şanlıurfa Governor Abdullah Erin said the vaccination rate in the province did not reach the levels aimed for despite all the calls.

Stating that the patients hospitalized in the intensive care units were unvaccinated or not fully vaccinated, Erin said there are more than 20,000 citizens throughout the province who did not get their second shots despite being eligible.

Erin said the vaccination levels were far from the target they aimed for, adding that all calls have already been made for the public to get vaccinated.