Commission – The 12th report on the Greek economy is positive, but with asterisks 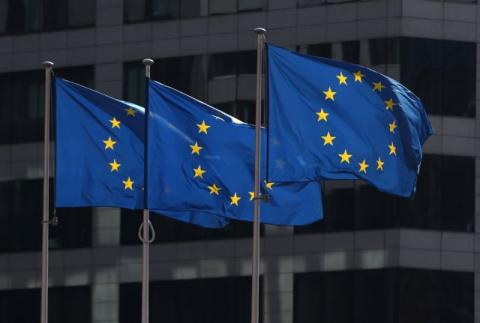 The 12th report of the European Commission on the Greek economy is expected to be positive in the context of the enhanced supervision linked to the payment of another installment of the Greek bond profits (ANFA's / SNP's).

The Commission's report will give the green light for the disbursement of the tranche by recording Greece's progress in a number of reforms, as well as in labor and auxiliary insurance law, the land registry and the improvement of the investment environment.

The report on the implementation of the new bankruptcy code and the intention for the new property management body are also expected, as well as the debt settlements through the out-of-court mechanism.

As in the other reports, the remarks are expected, with the well-known asterisks on long-standing open issues, such as the pending applications for the Katselis law, the reduction of overdue public debts, something that has been delayed due to the pandemic, but also the schedule for awarding old outstanding pensions.

The result will go to the Eurogroup

The Commission's findings will be discussed in the Eurogroup on December 6 so that the Eurozone finance ministers can unlock the disbursement of the installment to Greece. With the completion of the evaluation, the country is approaching the exit from the enhanced surveillance regime, which is estimated for the middle of next year.

It is noted that the European Commission, through the report of the autumn European forecasts, gave a vote of confidence for the dynamic recovery of the Greek economy, sending an optimistic signal for a strong recovery in 2021. It revised the rate to 7.1% of GDP, compared to 4.3 % in the summer estimates of the Commission and 6.9% in the final Greek budget.