Bosnian Serbs Started Paving the Way for their Own Army Today 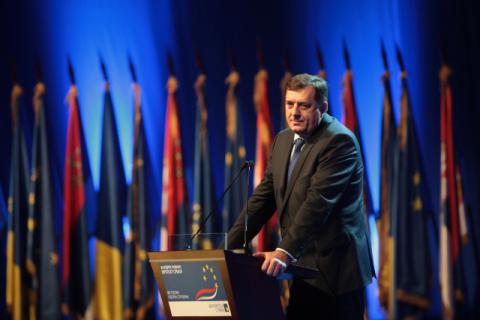 The Republika Srpska parliament, a Bosnian Serb-dominated part of Bosnia and Herzegovina, is preparing to discuss a declaration that has exacerbated tensions in the country and heightened fears of disintegration and has brought back memories of ethnic violence a quarter of a century ago.

Behind the crisis are the actions of Bosnian Serb presidency member Milorad Dodik. Following a dispute over the extraordinary powers of the international community's High Representative in Bosnia and Herzegovina, the Republika Srpska (of which Dodik was president until three years ago) has threatened to withdraw from national institutions and regain power in several areas, from collecting taxes, through justice, to the armed forces.

The creation of a parallel Bosnian Serb army is of particular concern in Bosnian public space because of memories of the 1990s. In recent days, Dodik has softened his tone by setting an alternative condition for the federal authorities to make a concession and either agree to the demilitarization of Bosnia and Herzegovina or to halve the army.

The problem with the armed forces

On Tuesday, Dodik announced that a separate bill for the future Bosnian Serb army has already been drafted and will be implemented if Sarajevo does not comply with his demands. One of his arguments is that the military budget is a huge burden and an unnecessary waste, since the serbs do not enlist in the army and Bosniak Muslims "fill the quotas".

The unbundling of Bosnia's own Serb institutions as a break with national ones has already begun, after the Republika Srpska parliament passed a law on October 20th to create its own drug regulator.

With today's vote, the Republika Srpska parliament is expected to call...