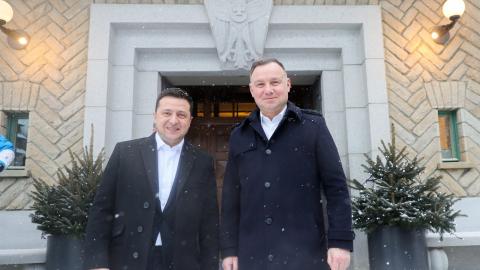 Hungary's united opposition urged the government to call off the meeting, which they labelled detrimental and contrary to Hungary's national interests. Russia's demands are aimed at restoring the former Soviet sphere of influence, the parties wrote in a statement.

"Moscow is trying to divide transatlantic cooperation by proposing that Russia and the US agree on Europe's security, but without asking Europe," they said, adding that it's rather surprising the Hungarian government, always hyper-sensitive to sovereignty issues, did not reject the Russian demands out of hand and make clear Moscow has no right to decide on how and by what means Hungary ensures and guarantees its security.

"Hungary has to say no to Moscow's ultimatum," they concluded.

The government has been trying to keep the impending visit low key and unrelated to the situation in Ukraine. Minister of Foreign Affairs and Trade Peter Szijjarto said last week in an interview with Russian news agency TASS that topics on the agenda would include the construction of the new reactors at Paks nuclear power plant - a project already five years behind schedule, but the government wants to see in its implementation phase this spring, ie. before the April 3 parliamentary elections.

Szijjarto also mentioned Hungary would like to increase the volume of Russian gas specified in the long-term contract just signed last October, which makes experts wonder why would that be necessary if the contract was such a success as previously claimed. The opposition is also concerned Orban might enter into an unfavourable gas contract and cement in the controversial and hugely costly nuclear cooperation with Rosatom, making it difficult to alter if the opposition wins the election.