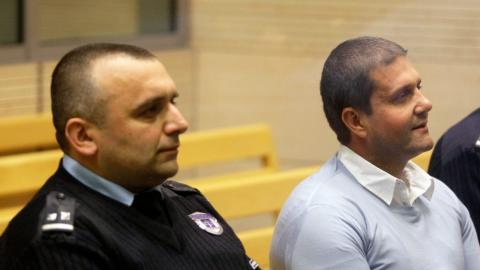 The Belgrade Court of Appeal has quashed the first-instance verdict which sentenced indicted drugs smuggler Darko Saric and 12 members of his group for laundering at least 20 million euros in Serbia and ordered a retrial.

It also ordered a re-trial of another two members of the group whose charges were dismissed in the first-instance verdict, and confirmed the acquittal of two more people.

The decision from June 15, published on Thursday, said the first-instance court "committed a significant violation of the provisions of the criminal procedure … because the verdict did not fully resolve the charge".

"However, the first-instance court failed to decide on the criminal offence of association for the purpose of committing a criminal offence, which was charged to the defendants, so is an incompletely resolved case of the prosecution," the Court of Appeal said.

Additionally, it pointed that "the first-instance judgment is affected by a significant violation of the provisions of the criminal procedure and because the sentence is incomprehensible, contradicts itself, and in the explanation, sufficient reasons are not given about the facts that are the subject of proof, and the reasons given are completely unclear and to a considerable extent contradictory, which is why it is not possible to examine the legality and the correctness of the verdict".

In July 2020 Saric was sentenced to nine years for money laundering.