All News on Social Issues in Greece 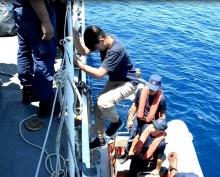 Turkish Coast Guard teams have saved a total of 186 irregular migrants that were pushed back to Turkish waters by Greece in two separate operations conducted in the İzmir and Muğla provinces.

It is called the Skyrian Horse

President Recep Tayyip Erdoğan has underlined that developed nations are hosting 2.7 refugees per 1,000, while underdeveloped countries are sheltering more than twice this figure, blaming them for using the global refugee problem as advertising material.

The governments of Turkey and Greece are risking conflict in a growing row over the Aegean, fuelled by domestic political concerns.

Greece has pushed back a total of 41,523 irregular migrants to Turkish waters between 2020 and May 31, 2022, according to a report by Turkey's Ombudsman Institution (KDK).

The report also said that 53 irregular migrants in 2021 and 33 others in 2022 lost their lives - either drowned or froze to death - due to pushbacks. 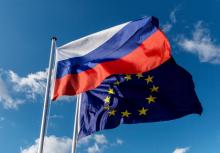 Over 70% of people surveyed in the EU agree with the imposition of economic sanctions on Russia, with two-thirds feeling that more stringent sanctions should be imposed. Support for economic sanctions is particularly high in Scandinavian countries, the Baltic states, Romania, Poland and Ireland.

The first team patrolled the Dikili coasts upon notifications that some migrants on a dinghy were floating on the sea.

Two decades after the end of WWII, developing and evolving Western societies experienced a massive wave of youth uprisings against prevailing socio-economic realities and a battle for liberation.

Post-war generations rose up around the world, from America to Europe, dismantling social taboos and previous conservative models and stereotypes.

Asylum seekers wait with their belongings as refugees and migrants from the destroyed Moria camp wait to enter a new camp on Lesbos island, 17 September 2020. Photo by EPA-EFE/VANGELIS PAPANTONIS

Award-winning Greek-Albanian Magnum photographer talks to BIRN about dual identities, immigrants' presence in Greece - and the trauma of covering conflicts like Ukraine's.

Turkey is continuing its provocations against Greece

Nearly a third of the Turkish population, or 32.1 percent, comprises obese people, whereas 66.8 percent of the population is either overweight or obese, according to a World Health Organization (WHO) report released during the 29th European Congress on Obesity in Maastricht, the Netherlands. 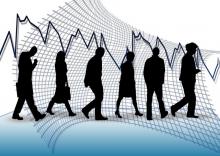 The global economic downturn of 2008 particularly affected children and young people, especially those aged 15-24 who dropped out or were excluded from education, employment and training, according to the ENA Institute's Social Development Bulletin. 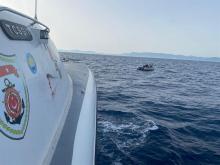 The Turkish Coast Guard has saved more than 100 irregular migrants pushed back by Greek authorities off the Çeşme, Menderes and Foça districts in the Aegean province of İzmir.

According to a statement from the Coast Guard, the first group, consisting of some 76 people, was saved on April 22. Another group of 32 people was rescued the day after.