All News on Sports in Greece

There have been a series of light tremors across Greece recently

Freemasonry in Greece since 1782

Ivkovic was born in Belgrade in October 1943. He had a 10-year career as a point guard in Radnicki Belgrade from 1958 to 1968.
He fell in love with basketball thanks to his older brother Slobodan Piva Ivkovi.

Romania won ten medals, 5 gold and 5 silver, on Sunday at the European Rowing Under-23 Championships in Kruszwica (Poland), and Simona Radis set a world record in women's singles skulls, according to a press release issued to AGERPRES. Romania placed first in the ranking by nation. "The extraordinary performance of the Romanian rowers, as we have already become accustomed to!

3,100 spectators in the Kolodruma Sports Hall saw the triumph of the Bulgarian women.

Greece will be surveilling the borderline 24/7

No matter where you are in Greece, chances are there is a religious celebration near you today…

He will be deported and forced to return to Greece

Udovicic emphasized that after two defeats in the group phase, things were not looking so good, and that the public was already talking about the fact that the water polo national team of Serbia is not at the required level.

Several countries in the Balkans improved their Olympic scores or achieved even more notable successes at the Tokyo Games, with athletes responsible for the medals taking the centre stage in national celebrations.

In its 16th participation in the Olympic Games, and Greece finally wins a medal 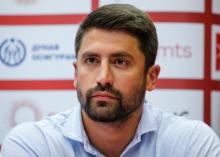 Serbia advanced to the semifinals of the tournament and continues to the gold won in Rio de Janeiro.

A difficult night throughout Greece 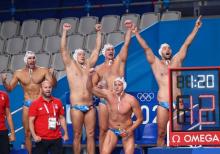 The Olympic champion inflicted a heavy defeat on one of the medal candidates and chose third place in the group with a score of 3-2.
Therefore, Serbia scheduled a classic with Italy in the quarterfinals of the tournament. A clash of Olympic and world champions for a real spectacle!

Ntouskos pulled a surprise victory in the men's single sculls with a time of 6min 40.45sec, breaking the previous record of Mahe Drysdale of New Zealand (6:40:45 in the 2016 Rio di Janeiro Olympics) and defeating two time world champion Kjetil Borch.