The bill establishing a National Gambling Agency, which replaces the State Gambling Commission, has been published for discussion, BNR reported.

Flu epidemic was declared the northwestern city of Montana on January 22. A ban on visitors to hospitals is in place. Planned surgical operations, scheduled and non-urgent medical consultations for children and women have been suspended.

The government has approved a draft Joint Action Programme between Bulgaria's Ministry of Tourism and Greece' Ministry of Tourism for 2020-2022, said the government press office.
The document reflects the willingness of the countries to strengthen their friendly relations and to contribute to the further development of cooperation in the field of tourism. 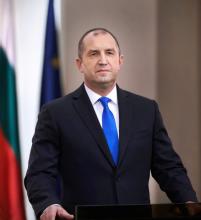 Huge investments are yet to be made in the water supply systems in Bulgaria and it is extremely important that these funds be used efficiently and effectively. Before spending them in a piecemeal fashion, we should draw on other countries' good practices and experience. This is what President Rumen Radev told journalists after visiting the company that manages the water resources of Jerusalem. 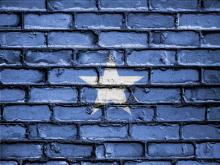 The Council of Ministers approved the participation of the Republic of Bulgaria in the International Monetary Fund (IMF) initiative to raise funds to settle Somalia's debt to the IMF, amounting to EUR 242 million.

The amount with which Bulgaria will join is amounting to 1.48 million SDR (special drawing rights)

No one will send to Libya any additional advisors or troops or mercenaries or other personnel as long as the truce is observed, Foreign Minister Mevlüt Çavuşoğlu said on Jan. 23.

The issue of sanctions will not be raised under the same condition, the minister said in an interview with Russia's RIA News Agency.

The Chinese krait and the Chinese cobra  may be the original source of the newly discovered coronavirus that has triggered an outbreak of a deadly infectious respiratory illness in China this winter, CNN reported.

Bungarus, also known as Taiwanese or Chinese krait, is a highly venomous snake species found in much of central and southern China and Southeast Asia.

The big loser of the meeting between the Big 4, of FIFA / UEFA and Lefteris Avgenakis was none other than Vangelis Grammenos. The EPO's president was marginalized and confronted by everyone.

Grammenos was marginalized by Savvides himself, who left his «own» Federation president unveiled.

US Ambassador to Athens Geoffrey Pyatt has reiterated Washington's support for the deepening cooperation between Greece, Cyprus and Israel in the energy sector.
In early January, the three countries signed a deal to build a 1,900 km (1,180 mile) subsea pipeline to carry natural gas from the eastern Mediterranean's rapidly developing gas fields to Europe.

A 39-year-old Russian national suspected of bitcoin fraud and wanted by three countries is to be first extradited to France, according to a ruling issued on Thursday by the Council of State.

The European Union's lending arm, the European Investment Bank (EIB), signed a 180-million-euro ($199.69 million) loan deal with Greece to help it pay its share for a new airport on Crete, the country's biggest island.

Greece has been upgrading its airport facilities to handle an increasing number of tourists visiting the country, one of the world's top holiday destinations.

The European Union will not agree to a political solution to Libya's factional conflict unless Turkey and Libya abandon a maritime accord they signed in November, Greek Prime Minister Kyriakos Mitsotakis said on Thursday. 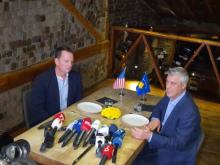 Grenell is coming to Belgrade tomorrow to talk to the Serbian President.
He met in Pristina today with Albin Kurti, as prime minister-designate to form a new Kosovo Government.

A new draft bill on electoral law was introduced to the parliament plenary on Thursday that foresees a change in the simple proportional representation legislated by the previous SYRIZA government.

The Ministry of Labor and Social Justice (MMJS), through the National Authority for the Rights of Persons with Disabilities, Children and Adoptions (ANDPDCA), the Ministry of Education and Research and UNICEF launched on Thursday the public information campaign "We grow stronger when we grow together." One of the key messages of the campaign is that the place of children with disabilities is to