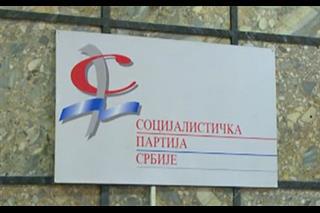 BELGRADE - A delegation of the European Parliament (EP) headed by President of the group of the Progressive Alliance of Socialists and Democrats in the EP Hannes Swoboda visited the Socialist Party o Serbia on Monday, and the talks at the end of the meeting covered the current political situation.

The EP delegation expressed interest in the economic and social situation in Serbia and the perspectives of the adoption of reform laws in the area, specially the documents within the future labour law.

SPS Deputy President Zarko Obradovic delivered to Swodoba the note of gratitude by the SPS Main Board for the support of European social democrats to the nomination of SPS leader Ivica Dacic for the Nobel Peace Prize.

Obradovic stated that over the past six years, SPS and its leader gave an essential contribution to the implementation and acceleration of reform processes in Serbia and the achievement of European standards and values.

The EP delegation also comprised Vice President of the Group of the Progressive Alliance of Socialists and Democrats in the EP Lubor Roucek, MEP and member of the EP Foreign Affairs Committee Maria Eleni Koppa, MEP and member of the EU-Russia Parliamentary Cooperation Committee Knut Fleckenstein and Secretary General of the Global Progressive Forum Javier Moreno Sanchez.