Lufthansa Orchestra to Play at Sofia Airport in June 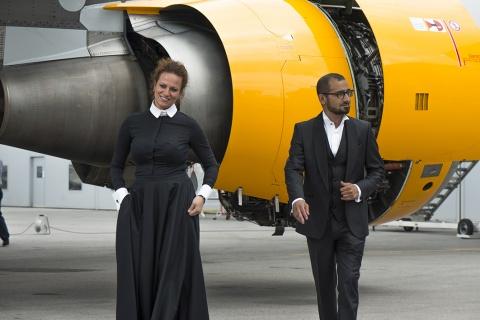 Lufthansa Orchestra – the symphonic orchestra of Lufthansa employees from across the world – will have a concert in Sofia on June 29.

The event, dubbed Music in the Sky, will be held in the hangar of Lufthansa Technik at the Sofia Airport and will co-star Bulgarian jazz singer Beloslava and the band of Zhivko Petrov.

Lufthansa Orchestra will arrive in Bulgaria with 40 musicians.

In October 2010, Lufthansa invited all its employees to enroll in the company’s orchestra. The first auditions took place in January 2011 and then Lufthansa Orchestra’s debut was in May 2011 during a charity concert HelpAlliance in Frankfurt.

The concert was followed by numerous other appearances in Germany and across the globe, in various formations. Today, the orchestra has traditional spring and autumn concerts every year.

The tickets for Music in the Sky cost BGN 35 and are sold online at eventim.bg, ticketsbg.com.