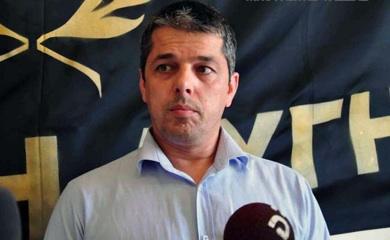 The two prosecutors investigating the Neo-Nazi Golden Dawn party in order to determine whether it constitutes a criminal organization are pushing ahead with the depositions of members of the party as the expiration of the 18-month period of their pre-trial custody is set to expire and they may have to be released.

The deposition which is expected to generate the most interest is that of Stathis Boukouras, who will appear before prosecutors Ioanna Klapa and Maria Dimitropoulou on Monday. Boukouras is one of two MPs to have distanced himself from the party after being ejected in March for saying that he was considering becoming an independent. In a later appearance in Parliament, he had said that he is not a fascist or a Nazi.

The second renegade is Chrysovalantis Alexopoulos, who said when he quit the party in March that he had been unaware of Golden Dawns criminal activities. His deposition is set for June 16.