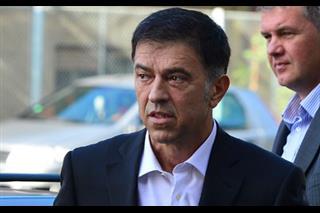 BELGRADE - Businessman Stanko Subotic, former director of the Federal Customs Administration Mihalj Kertes and 13 other persons have been cleared of charges for cigarette smuggling in the course of 1995/96 at the Special Court in Belgrade on Friday.

This was the second ruling for Subotic and others involved in the case, as the Appellate Court in Belgrade overturned the first ruling of the Special Court by which Subotic was sentenced in absentia to six years of imprisonment.

The restaged trial started on June 17 last year in the presence of the accused, who was charged with heading a criminal ring involved in smuggling cigarettes from Macedonia into Serbia in 1995 and 1996, causing a loss to the state budget and acquiring illegal gains of EUR 28 million and USD 6 million.

According to the reasoning presented by chair of the trial chamber Dragan Milosevic, the acquittal is based on the fact that the statute of limitations has expired for the crimes committed in 1995, and on the original documentation obtained from Macedonia which proves that the company allegedly used by Subotic for cigarette smuggling activities, was under control of the Federal Republic of Yugoslavia (FRY) army.

Upon hearing the court's ruling, Subotic told reporters that such outcome could be expected as the proceedings against him were based on “a compilation of counterfeit and photocopied documents and false witnesses”.

Subotic accused politicians of fabricating the entire case so they could extort money...