Bulgarian Fantasy Animation Based on Traditional Folklore to be Released Soon 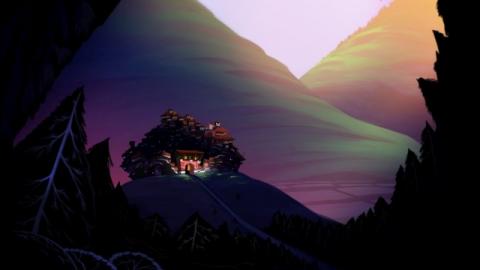 Bulgarians are making the first of its kind animated series. As explained by the creators, the movie will be based on traditional Bulgarian folklore and mythology.

The Golden Apple will also feature some of the favorite local heroes - kukeri ( evil spirit chasers), dragons, forest fairies and many more in a new context. The project brought back to Bulgaria a number of talented animators that have already achieved success outside of the country.

Dimitar Petrov, the creator of the series, explained the details of the production in an interview for the Bulgarian National Television.

The main character is a girl named Vihra, who is the daughter of a dragon. She has magical powers, as her hair is in fact a cloud. Whenever she is angry, thunderstorms shoot out of her hair.

The evil spirit chasers, kukeri, are also featured in the characters of two brothers - Vlad and Bran.

All three of them will embark on a dangerous mission of finding the golden apple.

Additionally, Petrov explained that all costumes, set and character design have been based upon the Bulgarian folkloric traditions.

It's been more than three years since the idea was launched. More than 20 people are currently working on the animation project online from 5 different countries.

Vladimir Gerov, a consultant on the project, said that the series are being developed both in Bulgarian and in English. He added that the music invloved in The Golden Apple will feature elements of the Balkan folklore to complete the overall idea.

The official trailer of the series is expected to be completed quite soon, and the young animators are hoping to attract a lot of attention to their hard work and to talent in Bulgaria.