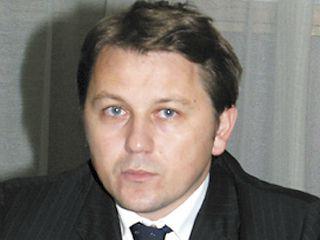 The Montenegrin state prosecutor on Monday charged ex-mayor Lazar Radjenovic and several other officials from the scandal-hit resort town of Budva with abuse of office and costing the local budget eight million euros.

They are accused of committing fraud during the construction of installations for the purification of waste water, in a deal between the municipality of Budva and the Montenegrin branch of the German-based company WTE Wassertechnik GmbH.

A representative of the German company, Dragan Vukadinovic, who was also charged, is a councillor from Montenegro's ruling Democratic Party of Socialists which holds a mayority of seats in the local parliament in Budva.

If Vukadinovic is arrested because of the charges, the ruling party led by Prime Minister Milo Djukanovic could lose its majority in Budva, local media reported.

"The police/prosecutorial activities already carried out lead to the suspicion that the suspects teamed up in 2010 to commit criminal offences and created a criminal group with the aim of acquiring illicit gain or power," a police statement said.

Two Serbian nationals, owners of the Budva-based companies Biochem Industries and Tradeunique, which were involved in the construction of the water plant, were also charged with abuse of office.

"They are all suspected of illegal activities in connection with the construction of facilities for waste water in Budva, costing the municipality of Budva eight million euro," police said.

All those accused in the high-profile corruption case have not commented on the prosection charges so far.

Radjenovic and several other local officials were arrested in August, in a case that centres on illegal construction work carried out at Jaz...