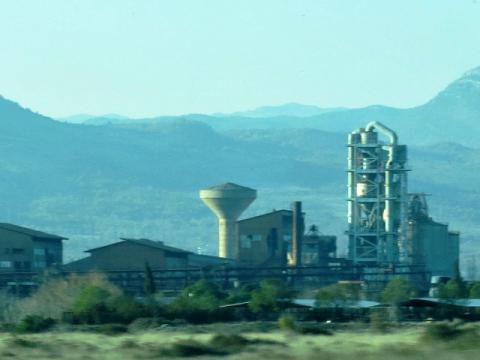 Russian billionaire Oleg Deripaska's Central European Aluminium Company, CEAC, is suing Montenegro for "hundreds of millions of euros" over the failure of its plant in the capital Podgorica, the firm said in a statement on Monday.

The statement said the case will be heard in Cyprus, where the Russian company has its headquarters.

The company claimed that Montenegro violated a 2010 settlement agreement, leading to the plant going bankrupt.

It did not specify exactly how much compensation it is seeking, saying only that it wanted "hundreds of millions of euros".

The CEAC's director for corporate affairs, Andrei Petrushinin, said that the company has repeatedly urged Montenegro to find a fair solution to the dispute.

"Given the problem that burdens the court system of Montenegro and the lack of a clear division of authorities, a fair trial is not guaranteed in Montenegro, which is why we were forced to take our demands before courts in Cyprus," he said.

In response to the CEAC's claims, the government in Podgorica said that the company has already lost a case against Montenegro before the Arbitration Tribunal in Paris in July this year.

"This is confirmation of the fact that the government did everything in accordance with the agreement on the settlement, local legislation and best international practice in this area," the government said in a statement.

In 2014, the CEAC filed a request to a Paris court, and another in Vienna, for arbitration proceedings with the Montenegrin government, seeking over 600 million euros in compensation for losses incurred through the aluminium plant's bankruptcy.

The biggest creditors of the KAP plant are the Montenegrin government and Russian billionaire Oleg...