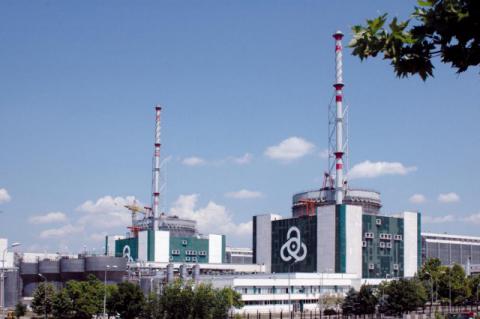 SOFIA (Reuters) - Bulgaria has opened a new plasma melting plant that will treat and dispose of radioactive waste at its Kozloduy nuclear power plant, the European Bank for Reconstruction and Development (EBRD) said on Tuesday.

The 31 million euros ($36 million) facility will significantly reduce the volume of low and intermediate-level radioactive waste from Kozloduy's two Soviet-made 1,000 megawatt units as well as from the four smaller reactors that have been shut between 2002 and 2006.

"In a breakthrough in the treatment and disposal of radioactive waste a plasma melting plant has started operations at the site of the Kozloduy nuclear power plant in Bulgaria," the EBRD, which manages the Kozloduy International Decommissioning Support Fund, said.

The fund has provided 65 percent of the financing for the plant, with the rest coming from the Bulgarian government.

The new technology allows for treatment of waste with a minimal risk of radioactive contamination.

"As the final waste form is free from organics and liquids, it will meet strict quality and stability requirements for long-term storage or final disposal," the EBRD said.

The plasma plant, built by a joint venture of Spain's Iberdrola and Belgium's Belgoprocess, has a capacity up to 250 tonnes per year, the EBRD said. It can also retreat historical radioactive waste, which can make the new technology potentially widely applicable beyond Kozloduy, it said.

Last year, Bulgaria started the construction of a national depot for long-term radioactive waste that should become operational in 2021.