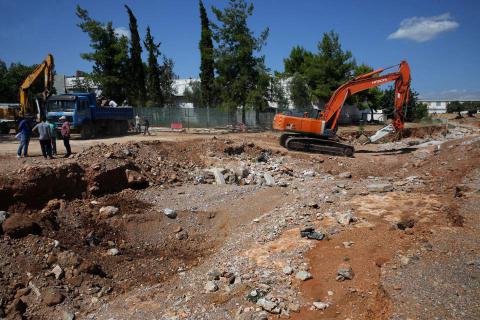 As autumn showers loom, the Infrastructure Ministry and Attica Regional Authority are scrambling to complete several projects that they hope will prevent the kind of flash floods that killed more than 20 people last November in Mandra, west of Athens.

The key projects concern work to unclog and divert the natural streams of Soures and Aghia Ekaterini that run down the slopes of Mount Patera through the working-class town of Mandra on the coast of West Attica, but have been blocked up by illegal construction, causing last year's lethal flash floods.

Work there started in mid-August and is expected to take 10 months to complete, according to Attica's Deputy Regional Governor Christos Karamanos.

Next week, meanwhile, an agreement for repair and expansion work on a stretch of the Athens-Thiva national highway that was destroyed in last year's flood is expected to be...